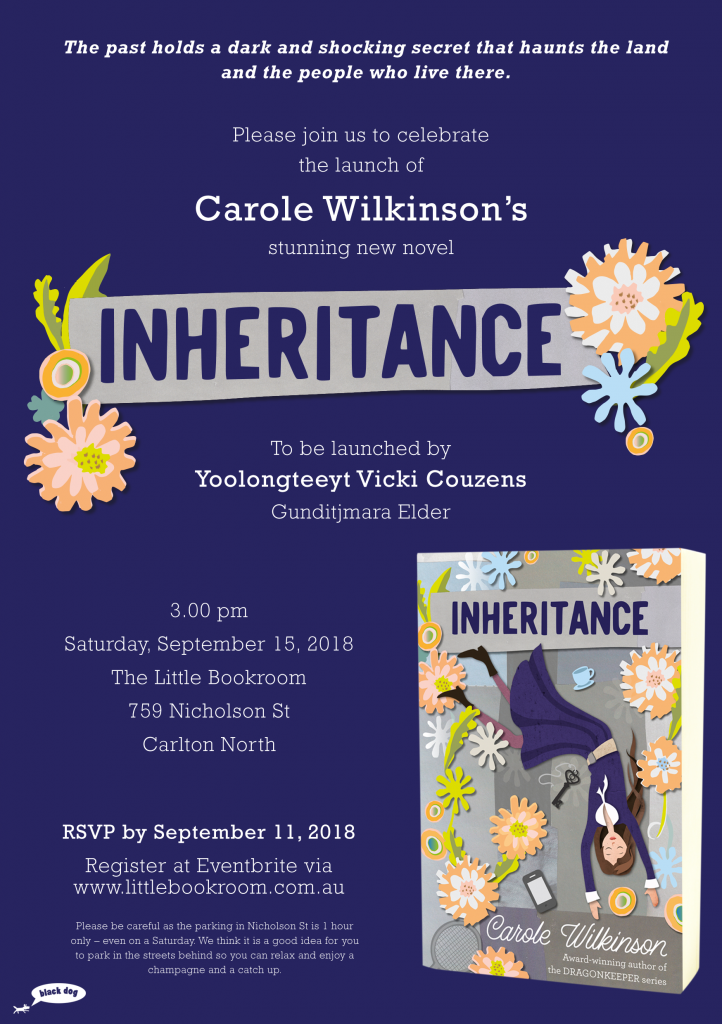 Inheritance is the first novel I have written outside the Dragonkeeper world for eight or more years. It’s only my second book set in Australia. It’s also set in the present time. Mostly.

Nic’s father has dumped her in the country to live with her grandfather in the “homestead that time forgot”, while he goes to work on a cruise ship. It’s hundreds of kilometres from the aunt that she’s lived with since she was five, her friends — and modern civilisation.

But something unexpected is waiting there for Nic, a family secret that will change her life. She discovers that the past holds a dark and shocking secret that haunts the land and the people who live there.

The book will be launched by Gunditjmara Elder, Yoolongteeyt Vicki Couzens.

There will be champagne, soft drink, nibbles and a cake by @cakeandmadness (an event in itself!)

All welcome. Join me to celebrate. And consider our past.

RSVP          At  www.littlebookroom.com.au or at Eventbrite