It is a non-fiction narrative of my personal migration story, illustrated by the talented Liz Anelli. My family came from Derby, England in 1963 when I was twelve years old on an assisted migrant scheme. It cost £10 for every adult, with children under 15 travelling for free. It was a life-changing event.

We did not come from a war-torn area. We were not persecuted in our homeland. But my father was convinced that tension between America and the Soviet Union would result in World War III. He thought Australia was the safest place to be. He also hoped that we would be better off financially. It could be said that we were economic migrants — much maligned by our current government.  It was still a big decision to leave home and family behind, and travel halfway around the world to start a new life. 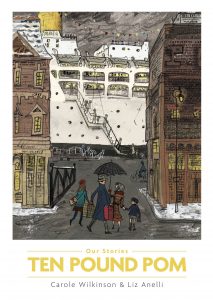 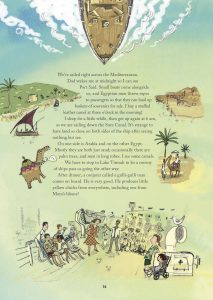